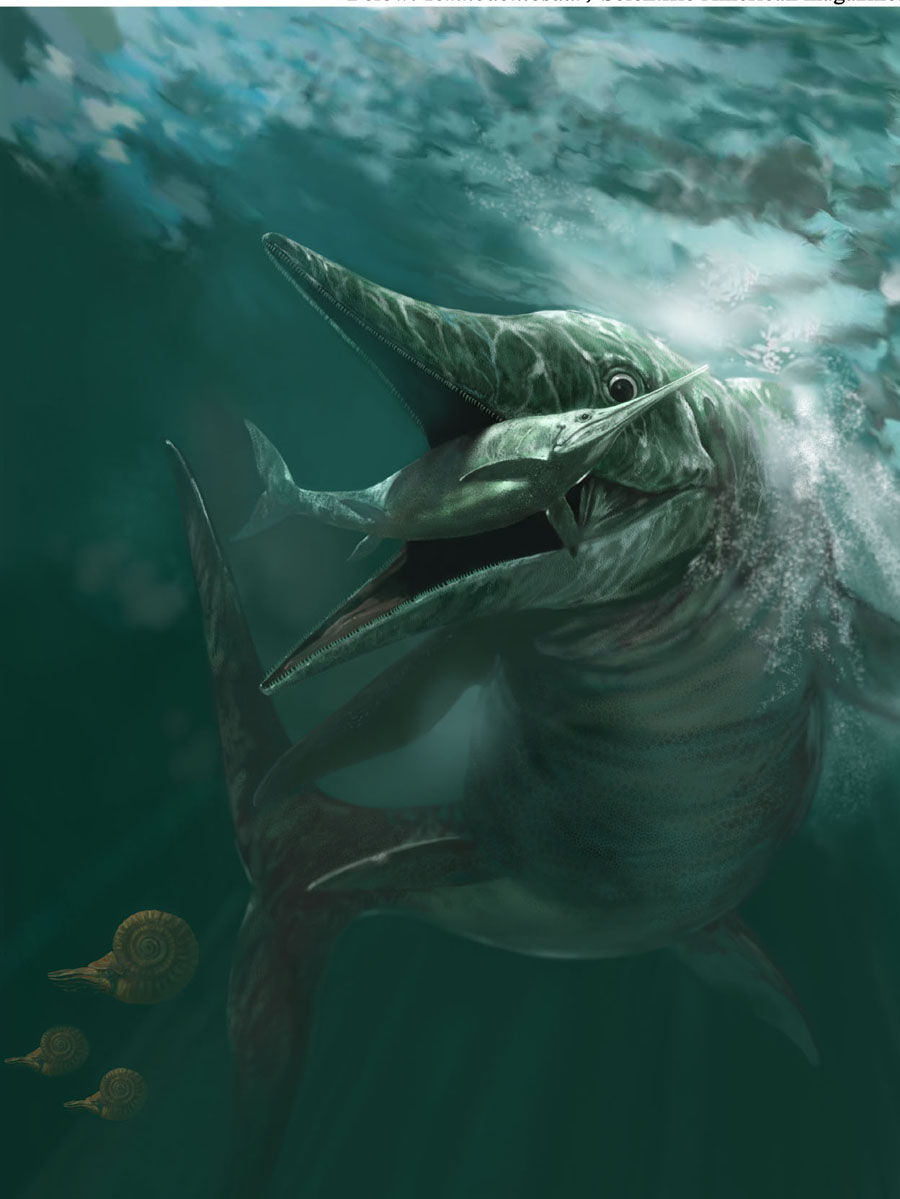 Karen's work for Scientific American received a first and fourth place award in juried competition in the 2001 Science and Technology Digital Arts Competition.

From the article:
"Fish-shaped reptiles called ichthyosaurs reigned over the oceans for as long as dinosaurs roamed the land, but only recently have paleontologists discovered why these creatures were so successful."

Other samples of work for Scientific American Magazine: