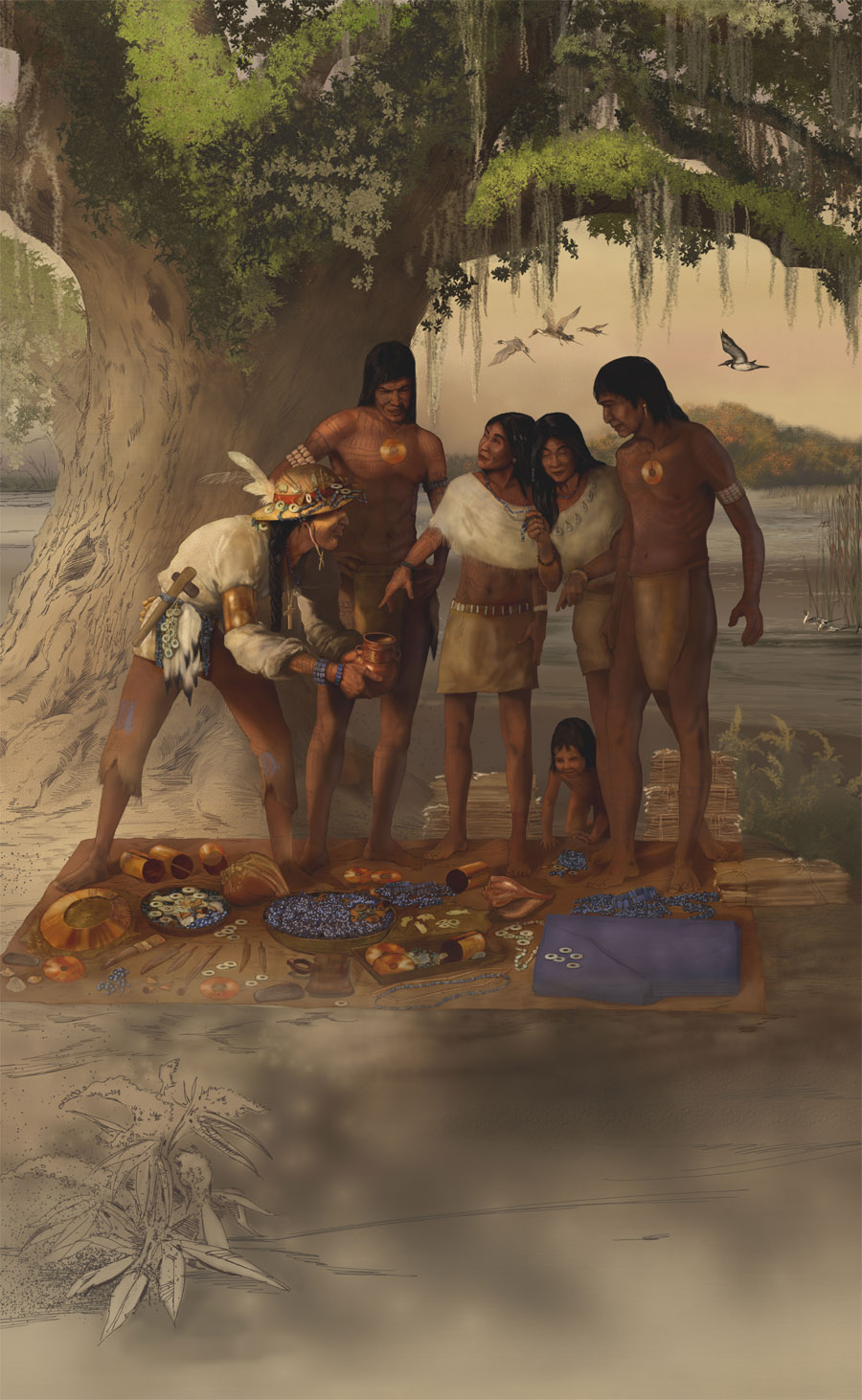 During the early contact period, as Spanish influence increased in what is now the southeast United States, Native American traders traveled with both Spanish and native trade goods. Beads, steel hoes, shells, copper neck rings, gorgets, textiles, baskets and other goods were traded in a two-way commerce.

Other samples of work for Alabama Department of Archives and History:

English and French muskets of the Revolutionary War era

Map of the physical geography of Alabama

On the Land map 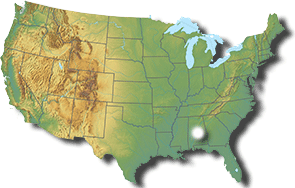