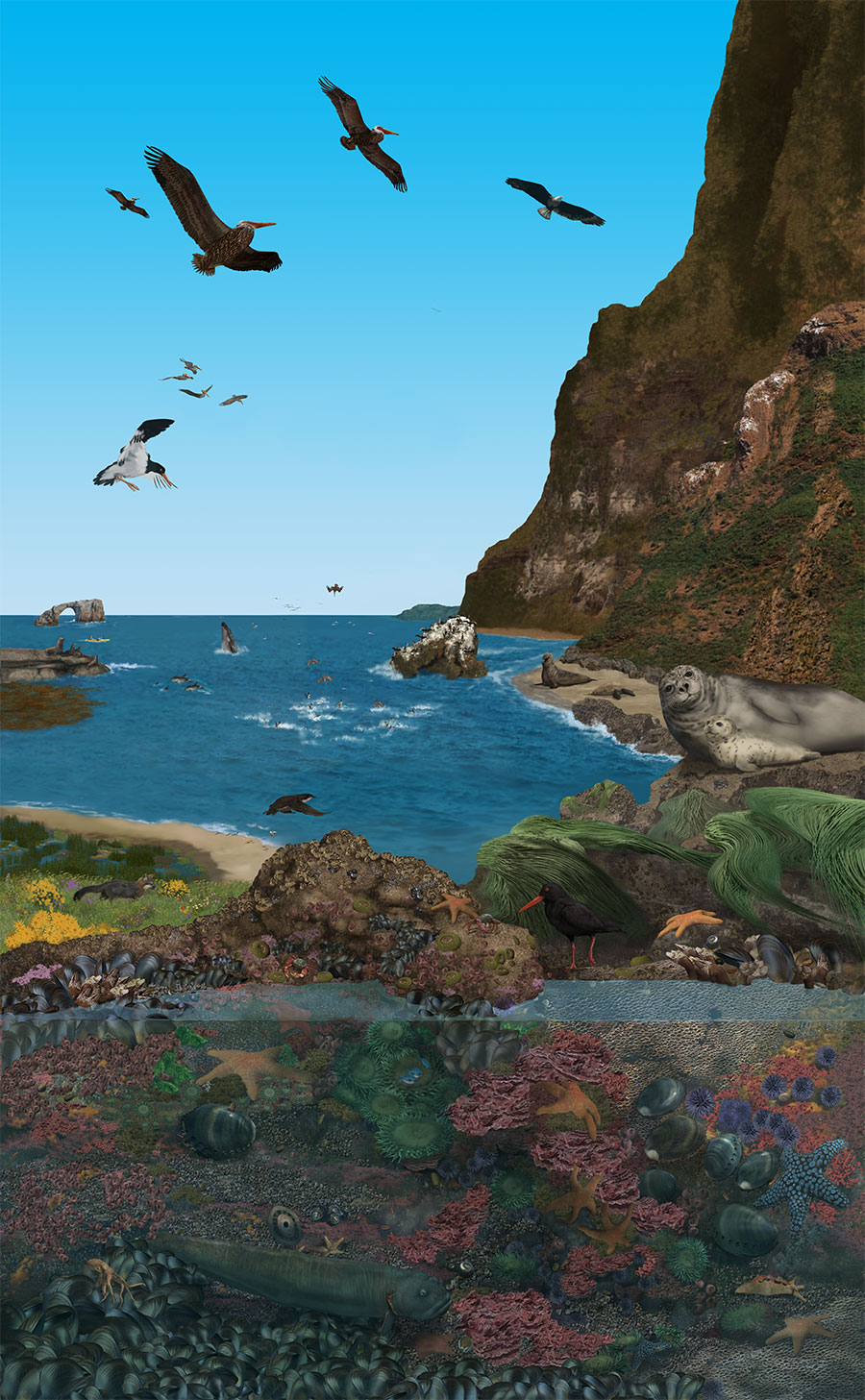 Due to their relative isolation and protection, the tidepools in Channel Islands National Park are some of the best within southern California. Anemones, sea stars, urchins, limpets, periwinkles, chitons, barnacles, mussels, and many other beautiful species can be seen at numerous pristine tidepool sites. The most accessible sites include: Frenchy's Cove on Anacapa Island; Smuggler's Cove on Santa Cruz Island; Becher's Bay at the pier, Southeast Anchorage, East Point on Santa Rosa Island; eastern end of Cuyler Harbor on San Miguel Island.

The area between the land and the sea is not distinct, but is a zone of transition. This area may be covered with water during high tide or exposed to sunlight during low tide. Life in this intertidal region must be the hardiest within the marine environment-able to withstand hours of exposure and the incessant pounding of the energy-filled surf.

Intertidal life has adapted to the sea and the land. When looking at a tidepool area, notice how plants and animals may be found in certain areas and not in others. Those living in the upper splash zone are tolerant to sunlight, heat, and water loss and have either a means to "shelter" themselves or the ability to move into an area of greater moisture. An animal with a tightly closed shell or a shell firmly attached to rock will hold water within, so that it does not require water surrounding it at all times. Animals found in rock crevices and submerged pools usually require more moisture to prevent them from drying out. 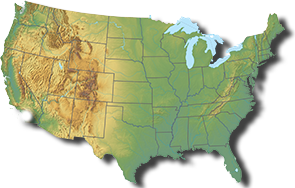