Karen was asked by friends from Southern Methodist University to create a quick image and animation of Eryops to celebrate the 75th anniversary of the Society of Vertebrate Paleontology. Bones from an Eryops fossil form a portion of the SVP logo, and early Eryops research was contributed in the late 1800s by Jacob Boll, a pioneering naturalist from Dallas. 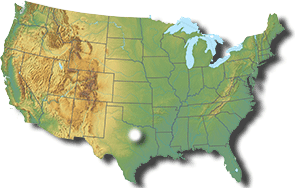