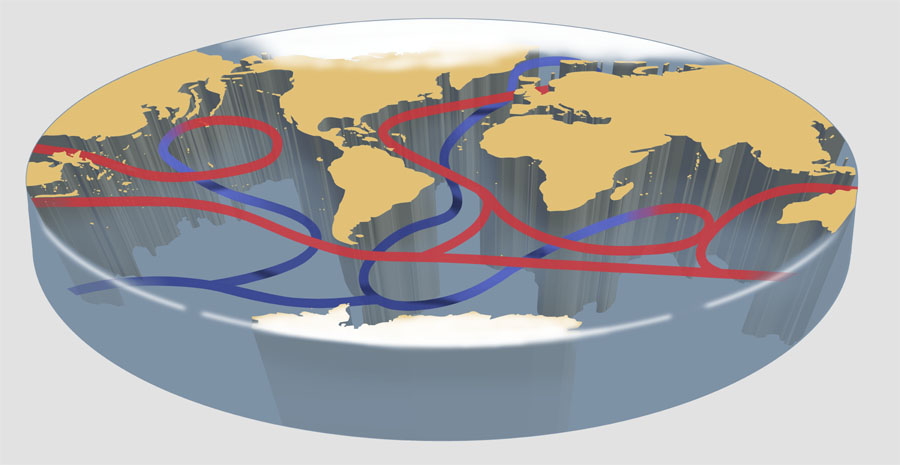 Ocean currents can flow for thousands of kilometers. They are very important in determining the climates of the continents, especially those regions bordering on the ocean. Perhaps the most striking example is the Gulf Stream, which makes northwest Europe much more temperate than any other region at the same latitude. Another example is the Hawaiian Islands, where the climate is cooler (sub-tropical) than the tropical latitudes in which they are located because of the California Current. Learn more!