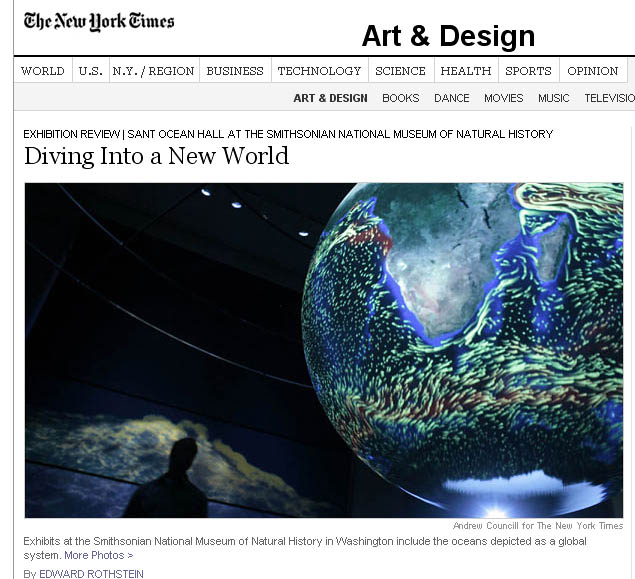 The New York Times' review of the Sant Ocean Hall says the newly renovated Hall "isn't just about 71 percent of the Earth's surface. It is the largest renovation in the museum’s century-long history and a transformation of its largest exhibition space, making it as much about the museum’s future as about the ocean's."