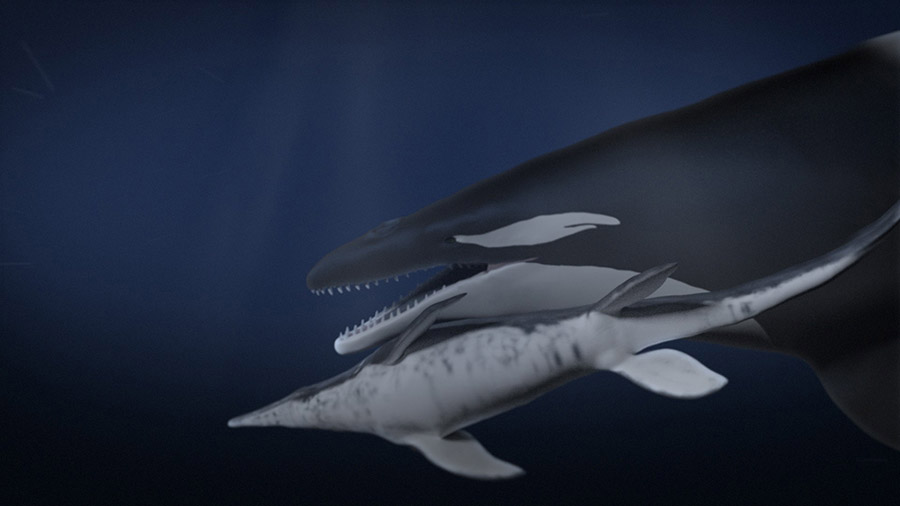 The quality of the fossils recovered from the Angolan coastline is outstanding: Even small structures can be seen and studied.

One of the areas of special interest for the Projecto PaleoAngola team was the inner ear canal of Mosasaurus sp., found in the gut contents of a larger mosasaur. The detailed structure of the canals show that Mosasaur sp. was an agile swimmer, not prone to motion sickness. Scientists see this sort of structure in especially nimble modern swimmers, like dolphins and porpoises, today.