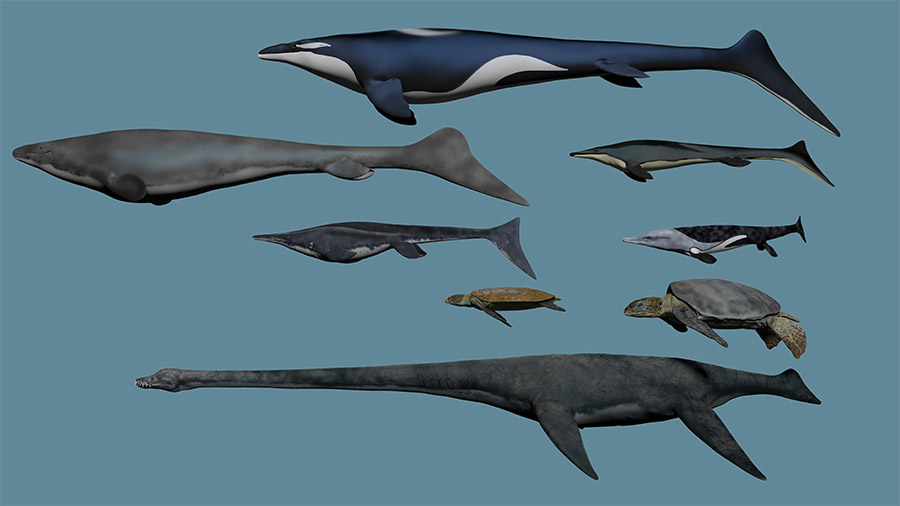 Getting to re-create such a wide range of Cretaceous life from ancient Angola's ocean was one of the great opportunities that came from working on Sea Monsters Unearthed for the National Museum of Natural History and Southern Methodist University.

Karen sculpted or painted more than three dozen vertebrate and invertebrate animals from both the Cretaceous South Atlantic and the same region today. Shown here are a few of the most prominent featured in the work of Dr. Louis Jacobs and Mike Polcyn, both of Southern Methodist University:

These animals are shown proportionally to their life size: The elasmosaurid Cardiocorax was up to 8 meters in length, and Prognathodon kianda was nearly as big. The ancient South Atlantic really was home to sea monsters!