Although the focus of this mural is clearly on the dinosaurs and the flying pterosaurs, look also for Gobiconodon, a primitive mammal from a group of animals called Amphilestids. Small and somewhat resembling an opossum, Gobiconodon is known from fossils found both in Mongolia and the western United States.

Karen's mural is also richly illustrated with plants of the Cretaceous Period, including magnolia, cycads, tree ferns and water lilies.

Karen's Ancient Life Series for The Sam Noble Oklahoma Museum of Natural History was selected in juried competition to appear in the Communication Arts annual illustration issue. Images are selected by a juried panel from among thousands of entries worldwide. 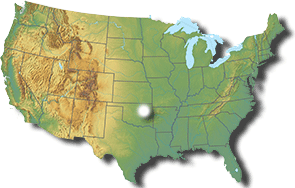