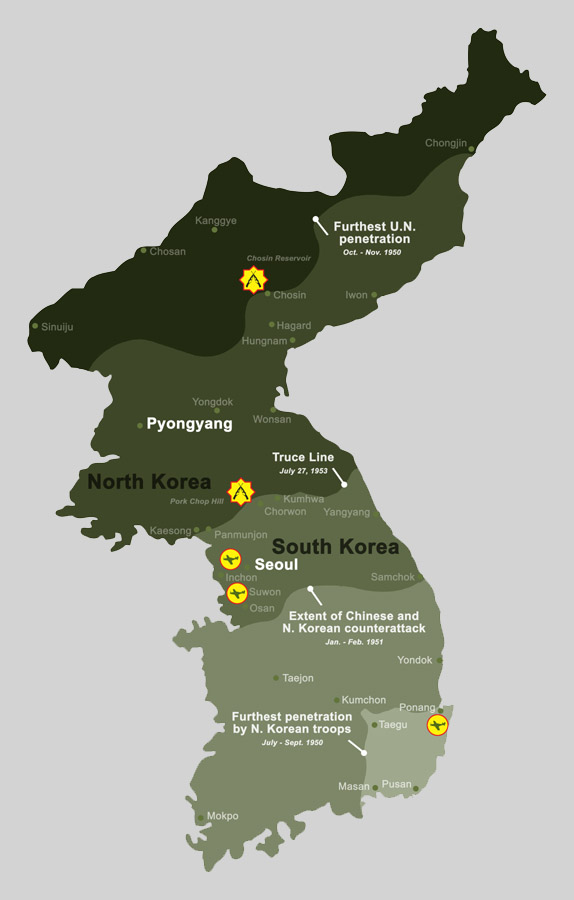 Shown: Battle lines across Korea from 1950 to 1953, showing the northern- and southern-most incursions into North and South Korea.
Geologic period: Modern

World War II divided Korean into halves, divided along the 38th Parallel. In 1950, Communist North Korea crossed the Parallel into the South, beginning a conflict that would claim more than 1.1 million casualties on all sides. The United States' casualties numbered more the 36,000.