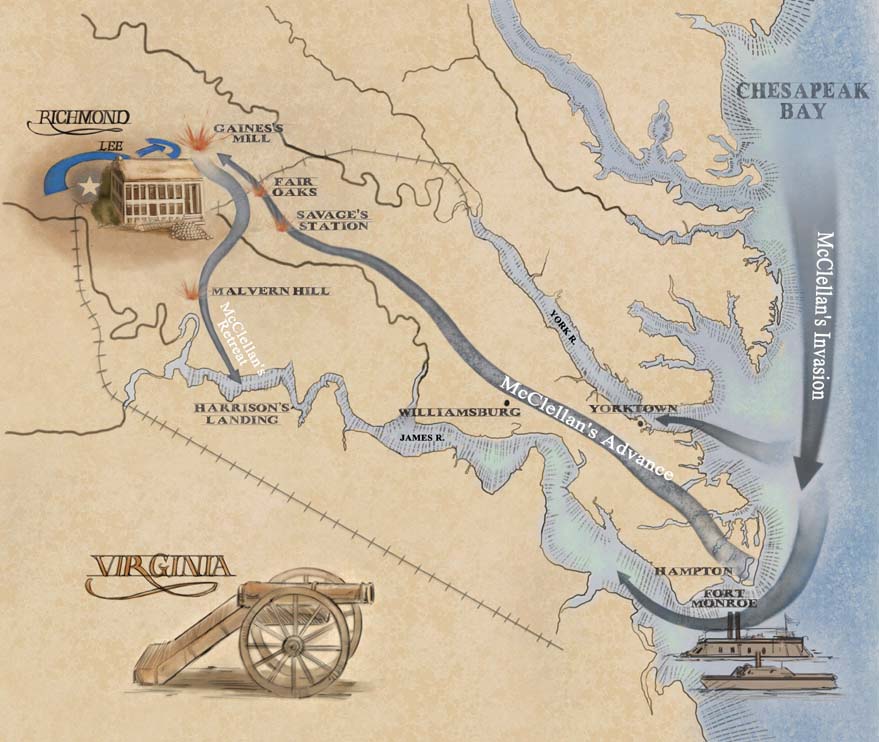 The Peninsula Campaign of the American Civil War was one of the most storied conflicts in that horrible war. It featured the meeting of the ironclads Monitor and Merrimack in the nearby Chesapeake Bay, an ambitious Union advance up the peninsula between the York and James rivers in Virginia, and repeated battles between the Union Army of General George McClellan and those of Confederate General Joseph E. Johnston.