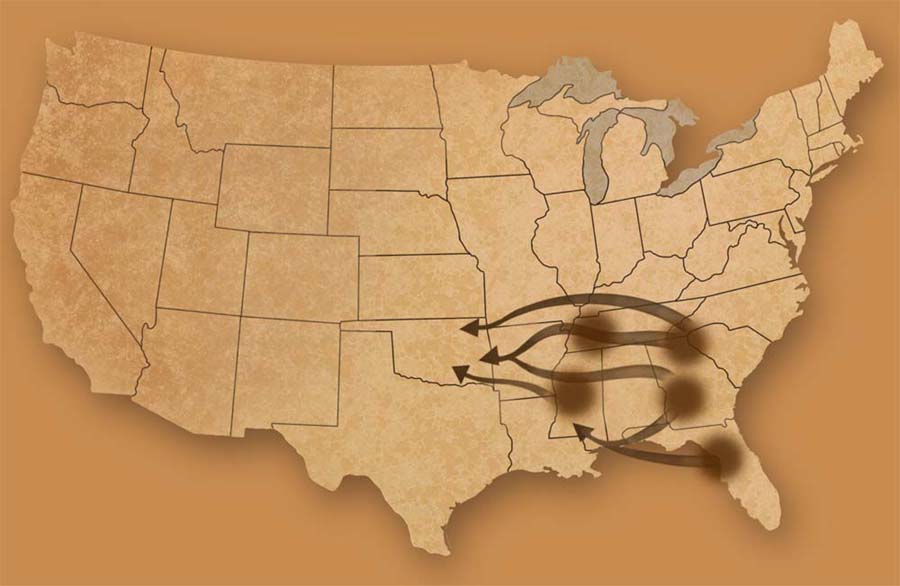 Settlement of the eastern United States by European settlers came at the cost of the continent's first inhabitants: Native Americans from North Carolina, South Carolina, Florida and other states were relocated westward in forced migrations.