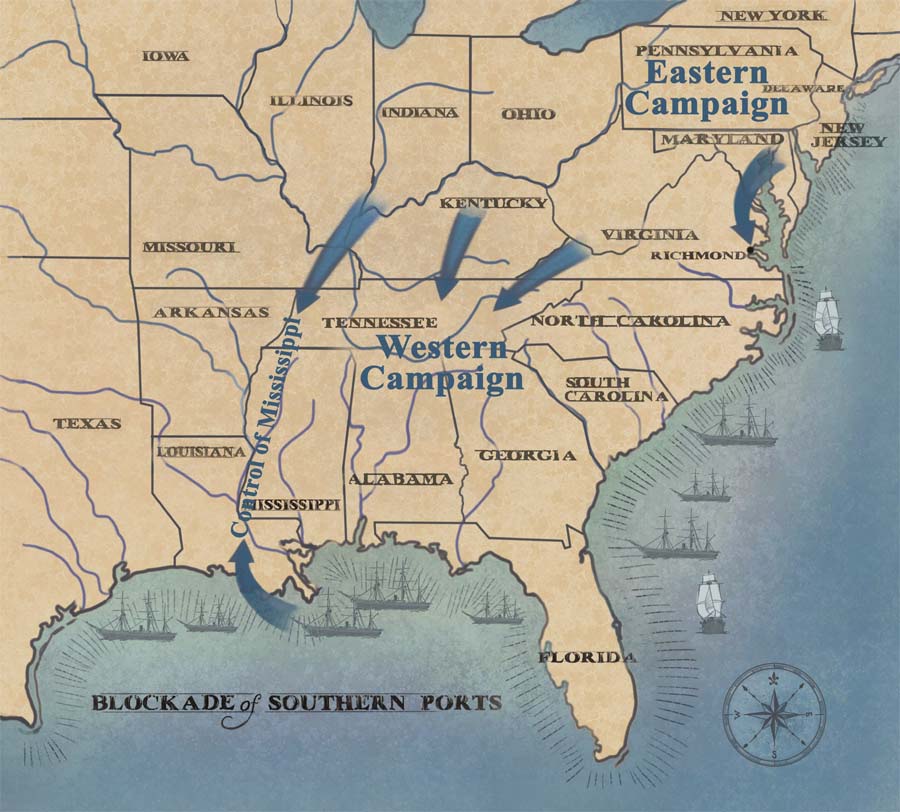 Union land and sea strategy during the Civil War.