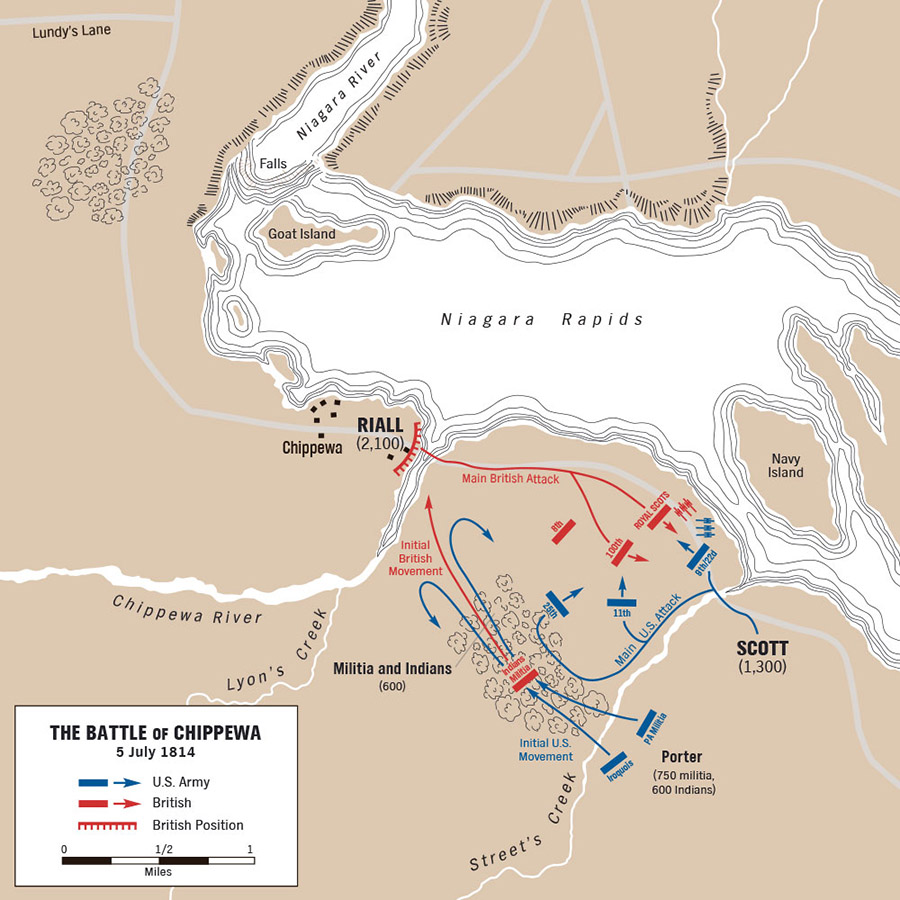 Shown: The Battle of Chippewa was a victory for the young United States Army in the War of 1812, during an invasion of the British Empire's colony of Upper Canada along the Niagara River on July 5, 1814.

This battle and the subsequent Battle of Lundy's Lane demonstrated that trained American troops could hold their own against British regulars. The battlefield is a National Historic Site.
Geologic period: Modern

See more images for The National Museum of the U.S. Army