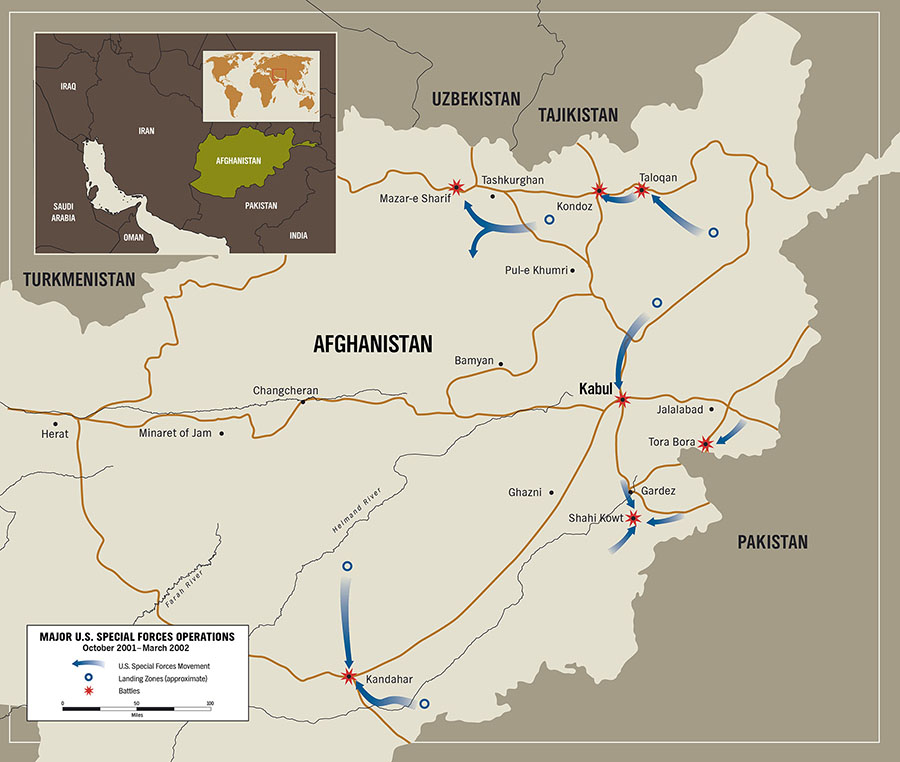 Locations of important U.S. Special Forces operations in late 2001 and early 2002 in Afghanistan.