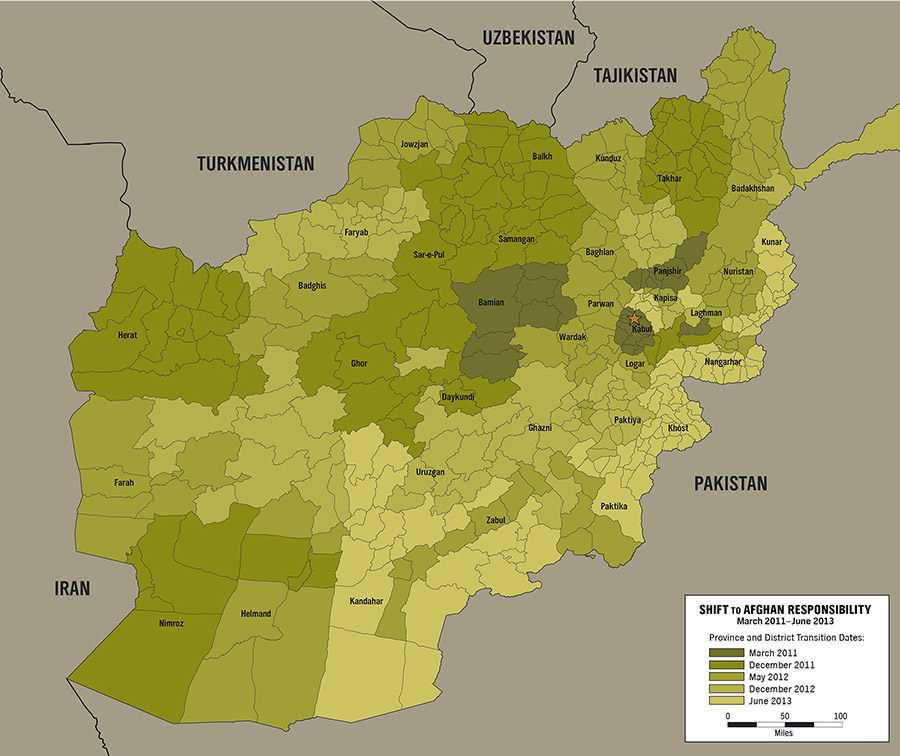 Shown: Provinces and districts in Afghanistan, showing the dates by which a transition to Afghan-led security began.
Geologic period: Modern