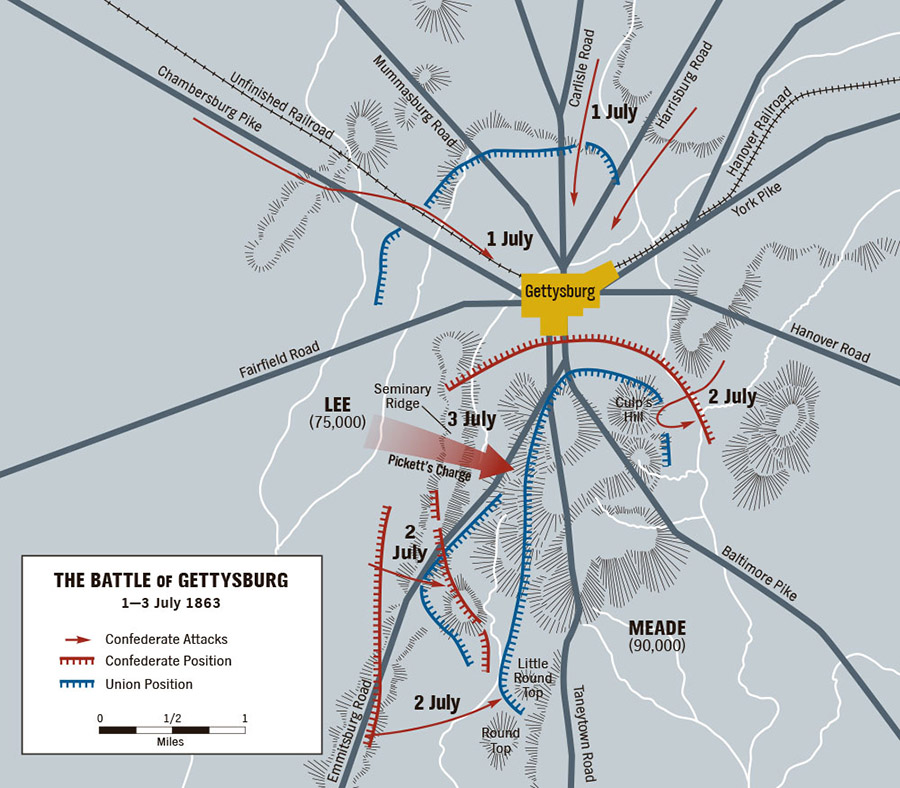 The Battle of Gettysburg was fought July 1 to 3, 1863, in and around the town of Gettysburg, Pennsylvania, by Union and Confederate forces during the American Civil War. The battle involved the largest number of casualties of the entire war and is often described as the war's turning point.