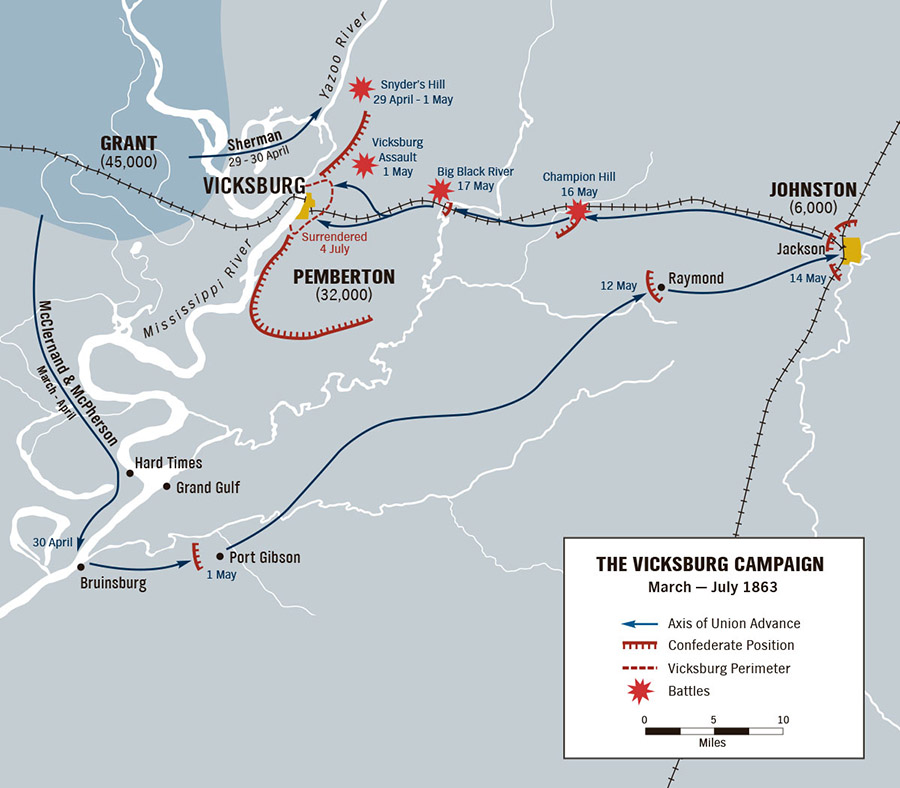 The Vicksburg Campaign was a series of maneuvers and battles in the Western Theater of the American Civil War directed against Vicksburg, Mississippi, a fortress city that dominated the last Confederate-controlled section of the Mississippi River.

The Union Army of the Tennessee under Maj. Gen. Ulysses S. Grant gained control of the river by capturing this stronghold and defeating Lt. Gen. John C. Pemberton's forces stationed there.