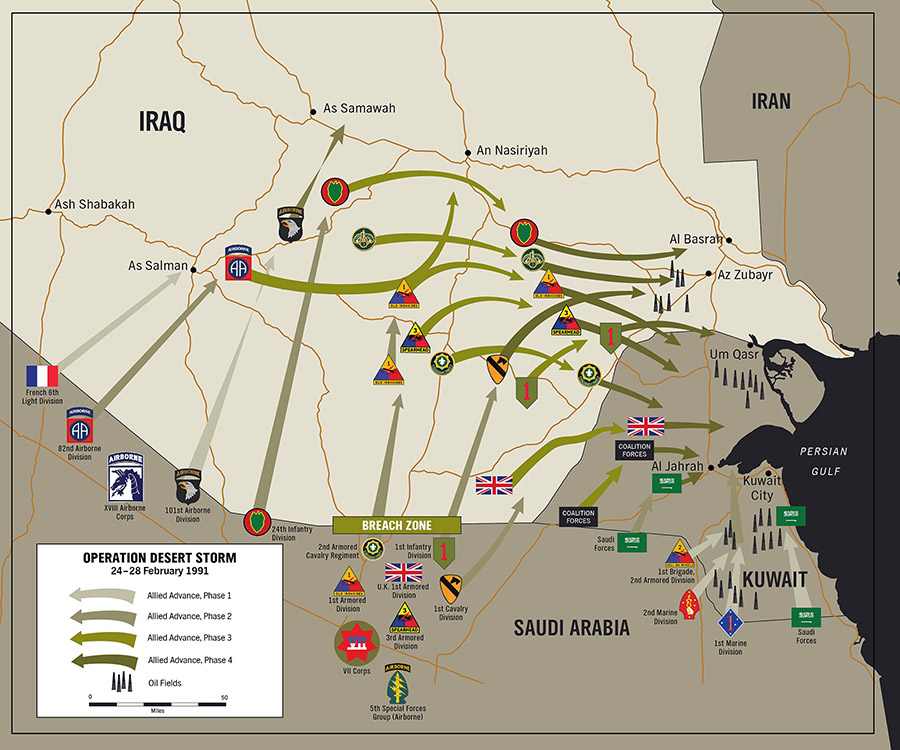 This wide left sweep, sometimes referred to as the " Hail Mary" plan, emphasized the key tenets of AirLand Battle doctrine: Accurate intelligence, air supremacy, the reduction of combat power by air operations and technological advantages, such as the Small Lightweight Global Positioning System Receivers sent to the theater during the six-month buildup prior to the offensive, made it possible to cross the desert undetected and effectively apply overwhelming ground combat power from a direction and in a way the Iraqis did not expect.