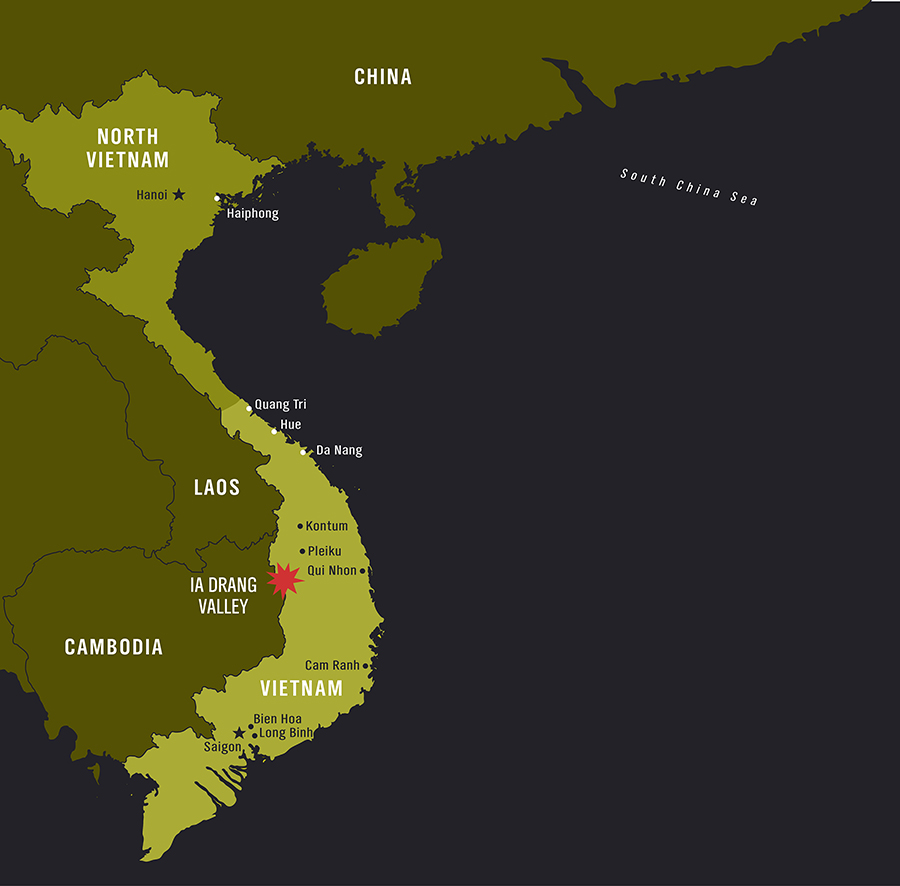 The Battle of Ia Drang was the first major battle between the United States Army and the People's Army of Vietnam, also referred to as the North Vietnamese Army, and was part of the Pleiku Campaign conducted early in the Vietnam War.